Volunteers in Action is a group of Australian and New Zealand church members who have a heart-felt burden to see the gospel taken into isolated areas of the Pacific Islands. VIA's mission is to share the Gospel of Jesus Christ, and His soon return, through the training and equipping of committed, national, volunteer, lay workers who minister among their own people.

Works in partnership with local missions to assist church growth

Restoring hope to families and communities in need

How is VIA Accountable?

VIA works closely with the Seventh-day Adventist Church organisation with all sponsors’ funds going through the Finance Department of the South Queensland Conference. Funds are placed into a trust fund administered by VIA with all funds distributed to the lay workers through the Mission Finance Departments. This ensures that a full audit trail is available on all donations from the source to the volunteer.

Sponsors are fully informed of who they are sponsoring and where their sponsorship is being used. All volunteers are required to submit two reports to their sponsor annually with details of their activities, baptisms and other progress. Photographs and reports are also required where churches have been roofed.

Annual visits by a VIA Board member also help to ensure that God’s money is being used by the Missions and volunteers for the specific purposes for which it was given. 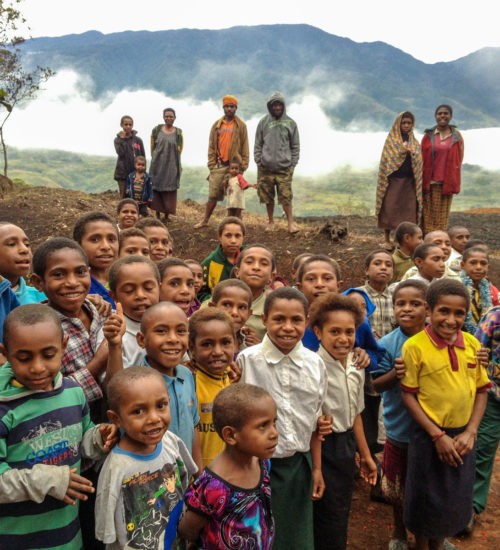 Cliff Morgan officially retired in 1989. However, since that time he and his wife Val have worked tirelessly in fundraising and coordinating a variety of volunteer projects. The Morgans spent a year teaching at Pacific Adventist University in Papua New Guinea and also worked as volunteers supervising the distribution of funding and building churches in the Euro-Asia Division based in Moscow, Russia.

Upon their return to Australia, they began looking for ways to best serve in their own backyard. They settled upon helping to organise Fly & Build projects. However a visit to the Solomon Islands and PNG in 1995 to meet mission administrators and find their most pressing needs was a new turning point for the Morgans and the beginning of VIA.

The greatest need they identified was not actually Fly & Builds but the sponsorship of national volunteers to grow churches in the isolated areas of the missions.